If you jump know where to land

Learn about the importance doing your research before making the big jump. In this interview with Sonni Christine Jakobsen, CEO at mInvoice and Erik Åkerfeldt, CEO at Znipe.tv you will get great advice regarding market and customer research.

Some say, if you want to start your own business, you should simply jump into it. But, is that actually a smart move? We met with the founders of mInvoice in Oslo and Znipe.tv in Stockholm to get their advice regarding research. They each have a different approach to doing research.

Fill in the application online

Utilize our templates for your planning

How mInvoice did market research

Sonni Christine Jakobsen is co-founder and CEO of mInvoice, a tech-start-up aiming to disrupt the market by introducing a new digital platform for invoicing – both handling, paying and sending out invoices and it is not dependent on the customers' bank relationship. The service can also give offers and information from service providers. The groundwork for the business idea behind mInvoice was actually developed in a yearlong MBA project, and Sonni and her two co-founders actually felt so confident about their idea that they decided to build a business around it. In June 2016 the company mInvoice was founded.

"We wanted to give people a platform that could provide the ideal overview and improve the communication between consumer and service provider.”

When asked directly, how they came up with the idea or whether they did any market research once they had the idea, Sonni’s answer may surprise you:

“Professionally, I have a background in bank and financing, where I have worked for about 10 years, and during that time, I had become aware of the need for a service like mInvoice. Consumers tend to have a problem overviewing all the invoices they receive from service providers, since they receive them through different channels and in different formats. We wanted to give people a platform that could provide the ideal overview and improve the communication between consumer and service provider.”

So, in other words, Sonni and her partners didn’t spend a lot of time searching the market for similar ideas. Instead, they used their own bank and financing experience and professional insights into the challenges with invoicing, and from that they developed their business idea and business plan.

You could argue, that they might have benefitted from simply googling or scanning a broad range of blogs. But, if your business idea in its essence is derived from the line of work you’re already involved in, then your own professional experience is a valuable tool in your research.

Why “user journeys” is a great tool

Sonni and her partners spent a lot of time creating user journeys. If you have no idea what a “user journey” is, here’s a brief explanation:
A user journey is a series of steps (typically 4-12) representing a scenario in which a user interacts with a service/product/website/store. Creating such a scenario can serve two main purposes:

User journeys can be built around interviews and observations – and also by using various web analytics tools, e.g. Google Analytics. But, Sonni and her partners chose to create their user journeys by using their own experience, personal/professional insights and interviews with service providers and consumers.

What to know when creating user journey

Create personas w. age/sex/job/status/demographic as a representation of a particular audience segment for your business.

Try by describing the nature of a person’s motivations, frustrations and the “essence” of whom they are and what they aspire to.

Describe where is the persona? What is around them? Are there any external factors distracting them when interacting with your product/service/etc.

Try to describe the platform where and how the persona will most likely meet you or your product/service.

Describe the reason why the persona has made contact to your business – what do they want/expect?

Describe the personas emotional state when interacting with your product/service/etc? Are they engaged, bored, annoyed?

Try to describe the various steps that the persona will go through when interacting with your product/service/etc.

Regard each definition as a step in a users journey towards becoming a regular customer.

We recommend creating user journeys in cohesion with your SWOT.

How Znipe.tv did market research

Erik Åkerfeldt is the co-founder of Znipe.tv, a 1-year old tech start-up out of Stockholm. When creating Znipe.tv Erik and his co-founder did a lot of different research, so, apart from market research they also did several months of technical research, followed by customer research, and they maintain a beta-approach to their product, in the sense that they keep on testing it to refine it’s performance and potential.

Now, you may ask, what is Znipe.tv? And we will let Erik explain it:

“Znipe.tv is a new emerging digital broadcasting platform, where fans of esport will be able to LIVE stream games played by professional esports players. Not only will they be able to stream the games, they will be able to actually see what the players see, as they play the games. When Znipe.tv launches you will be able to enjoy a realtime LIVE esports experience on any device all around the globe. We will be the Spotify of esports!”.

With such ambitions you need to do your homework. You need to do a serious amount of research, and that’s exactly what Erik and his “partner-in-crime” did. Once they had defined their business idea – a LIVE streaming esports service – they reached out to their network to find out, if at all the idea was technological feasible, then they used their network to figure out what sort of technologies they needed to bring in to the equation. In this period the research included several months of testing various technologies.

Then they expanded their research to include the actual players and, together with them they developed a platform that they could present to potential esports fans. Using their own test-platform they could define specific user segments and fan-personas and make adjustments to their product, in order for Znipe.tv to better match the desires and aspirations of both pro-players and fans.

The company has now existed for one year, and the research and fine-tuning of the end product that will be Znipe.tv is still underway, but Erik is confident, that all the hard work of testing and researching will pay off.

“If you are a new first time start-up and don’t want to spend a lot of money, then I suggest you search the web.”

If you haven’t got a network, or if your network has no insights related to the business area your company is focused on, how do you then do market research? Erik Åkerfeldt has this advice for you:

“There are a lot of market research tools at hand online. A lot of open databases that you can access and gain information from like The World Bank. Or you can pay a specialist to do specific research for you. It might be pricy, but it can turn out to be money well spent, in case you’re moving into a new market or introducing a whole new product. But, if you are a new first time start-up and don’t want to spend a lot of money, then I suggest you search the web.

Just google like crazy, and keep doing it for months! Use different segments, different keywords and even different perspectives. Try googling from an investor or customer perspective. This way you can figure out how your idea – or product – serves or fits their demands. Google is free and has loads to offer in terms of usable data.”

Start here and take the services into use 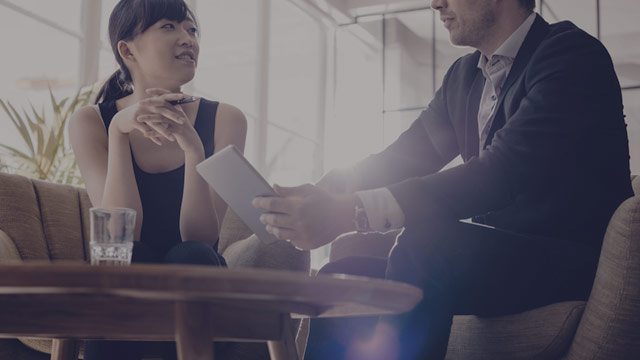 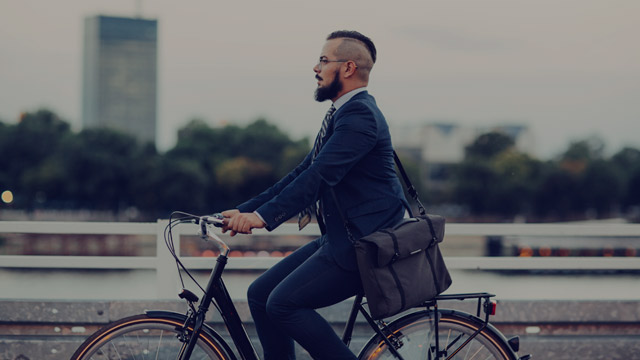 Competition is not a bad thing